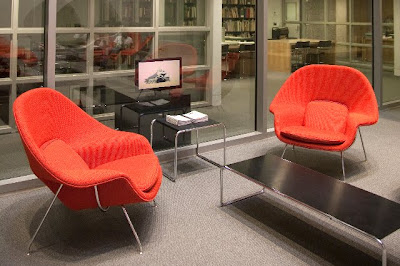 Unintended consequences and contradictory intentions that commonly appear in politics, protest movements, construction projects, and everyday desires are the subjects of Tyler Starr’s artwork. These areas all include concrete examples of attempts to “fix” things considered wrong in the world—attempts which, even when monumental, go awry. In particular, Starr’s work is influenced by the way printed media has been used from its very beginnings to impose order on the confusion of human events. The incongruities between a plan and its results are open to interpretation and typically “spun” by policymakers, storytellers, and historians. As an artist, he also participates in this process of interpretation. Starr does not see this condition of unfortunate results as hopeless. Rather, it encourages him to take to heart the endless process of trying to improve the world. This perspective was enforced by Starr’s experience working on an ambulance as an Emergency Medical Technician, where he was involved in picking up damaged people and transporting them to hospitals for treatment. Though the human body is amazingly durable, we all know that each one will eventually break down—permanently.
The word “wallowing” encapsulates a critical element of Starr’s work, and has several definitions. One is to revel in an emotion. Another is to struggle through something like mud. His artwork commemorates these dual human conditions.
Life in Tokyo has colored Starr’s most recent work. After the March 2011 earthquake events in the city made apparent areas of opposition between embattled local issues and centralized authority. The imagery for his installation of Burning Wants at the Haas Family Library at Yale is based on its archives and free associations that came from the process of exploring the library in person and digitally while still in Tokyo.
The narrative structures of the animation and the booklet are inspired by the Rollo Peters' collection of stage designs on hotel stationery. A key part of Starr’s imagery comes from his performance in "The Age of Innocence" as Newland Archer, who yearns to run off with Ellen to Japan. Additional imagery comes from an event in the neighborhood in Tokyo where Starr lived: the Yanaka Five-Storied Pagoda Double-Suicide Arson Case, Paradise Alley (one of the red-light districts outside of U.S. military bases in Japan), and, separately, the fire that occurred in Paul Rudolph Hall in 1969 amidst great political tensions. His artwork reflects the train of associations and rapid discoveries made possible by the digital dissemination of library materials. The installation is a collaboration between the quirks of search engine results, the librarians’ choices of uploaded images, and the artist’s agendas.
_____
Tyler Starr was born in 1974 in Hartford, CT. He received his Bachelor of Fine Arts from the University of Connecticut, Storrs, CT, and a Master of Fine Arts from the University of Minnesota. In 1998, Starr was awarded a Fulbright Scholarship to study at the Academy of Fine Arts, Krakow, Poland. In March 2011, he graduated with a PhD in Studio Arts from the Tokyo University of Fine Arts, where he was a recipient of the Japanese Ministry of Education Scholarship. His work has been featured in numerous exhibits including the International Biennial of Contemporary Prints-Museum of Modern and Contemporary Art of Liège, Belgium, the 2nd Bangkok Triennial International Print and Drawing Exhibition, and the Tokyo Wonderwall 2009 at the Museum of Contemporary Art, Tokyo Japan. Tyler is currently a Grant Wood Fellow at the University of Iowa where he is developing a new body of artwork using skills and concepts learned in Japan, applied to American subject matter.
The Haas Family Arts Library contains approximately 125,000 volumes on art, architecture and drama, as well as related rare and unique materials. It serves as the working library for Yale’s schools of Art, Architecture, Drama, the History of Art Department and the Yale University Art Gallery.
Haas Family Arts Library
180 York Street, (203) 432-2645
Hours: Monday, 8:30am-5pm; Tuesday, 8:30am-7pm; Wednesday & Thursday, 8:30am-11pm; Friday, 8:30am-5pm; Saturday, 10am-6 pm
Newer Post Older Post Home